Okay so Monday I totally derailed my own post. What did I mean to talk about? Alpha males in fiction. Right. Let’s do that. [EDIT: I sort of derailed this one too, with pictures.]

I feel like in a lot of the romance I’ve read lately, the love interest is a big, strong, muscular, ‘hot’, manly man. And he’s got the personality to match — conceited, overprotective, needs to be in charge, I could go on. If it’s a paranormal, often he’s a werewolf or other shifter. And if he is, he’s always the alpha.

God forbid any woman fall in love with the beta of the back. Or just a regular member.

Here’s the thing – I get that alpha males are the fantasy of many in the female population (and probably some in the male population too – I should be inclusive). But I don’t like them.

I don’t find them attractive. Well, sometimes I do, but my tastes usually run to the more…bookish types. Or the charming ones. I certainly don’t enjoy the kind of personality their fictional counterparts usually possess. (And yes, I know some of it is distortion because you’re viewing them through the eyes of another character BUT STILL.)

Here are some manly men: 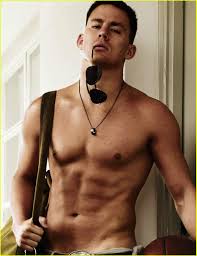 Here are some men who are more my type (and yes I am aware some of them are gay, this is one of my problems):

So what about me? What about the girls who don’t want an alpha male, a hyper-manly man? (Manly in the stereotypical sense. Yes, problematic gender norm things, but this post isn’t about that.)

Are there any books where the female protagonist falls in love with a werewolf who loves the opera? Or a man who isn’t super ripped, and instead likes to read? I’ve seen a few, but usually the guys are  still also super possessive and annoying. And yes, books need conflict, and having the super possessive guy annoy the female until she discovers that really she loves him and he’s just trying to keep her safe seems to be a popular one. But there are other kinds of conflict.

I JUST WANT A NERD BOY ROMANCE. IS THAT TOO MUCH TO ASK?

So, my dear readers, I ask for your help. (If you are willing and able). Are there paranormal romance books, or SFF books with a romantic subplot, that feature ‘nerdy’ love interests? Or — let’s go crazy — even romances with no speculative element whatsoever? They must exist, and I just haven’t found them yet.

Otherwise I’ll have to write one myself.

I’ve been reading more romance lately – it’s not my first choice of genre, but I find that more and more of the urban fantasy I read these days is edging farther into paranormal romance. And I’ve been picking up more kindle freebies lately, and most of them are heavy on the romance.

My conclusions: I’m starting to get a little more into the whole romance thing. I’ve always been sort of a late bloomer, and I spent the first 13 years of my school-age life at an all girl’s school and dancing ballet. There aren’t a lot of boys in ballet. So let’s just say that I wasn’t really interested in relationships for a long time.

The problem is that I’m not very extroverted. I don’t drink or go to parties (because I don’t like parties. They tire me out and stress me out and are really just not at all fun for me). If I ever complain about not meeting anyone, the advice is 90% of the time “you need to go to parties or you’ll never meet anyone”.

I don’t think I should have to change my personality in order to meet someone; anyone I meet that way wouldn’t have the same interests anyway. It would be a friendship, or a relationship, predicated on a lie and it just wouldn’t go well.

My struggles are well known in my family – it’s to the point where by future boyfriend has become a figure of legend, known as “nerd-boy”.

Anyway, enough about my romantic troubles. I’ll meet my nerd-boy in med school, and he will like to read and enjoy going to the ballet (or at least find it pleasantly tolerable and be willing to take me), and be romantic and handsome and smart. (Nope, not setting my sights high at all…)