I never used to dream, much.

I can think of maybe two recurring nightmares that I had as a child that I can recall with any amount of clarity; On occasion I have a stress-dream, usually involving having to go onstage to dance and not having any hairpins. (It’s an odd quirk of mine that I never dream of forgetting choreography, just of having no bobby pins).

For the most part, however, my nights are dark and dreamless.

I had a very interesting dream last night. It didn’t make a whole lot of sense, but there were some interesting elements. And then I woke up – or semi-woke up – but I was still sort of in a daydreaming mood. And then I was kind of  plotting an entire short story.

No description yet, but have some photos: 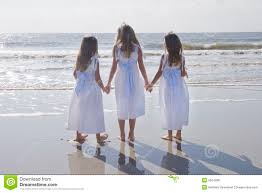 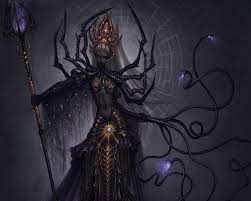 Been rather lazy lately – not just about the blog, about everything – and I’m kicking myself about it. But one thing seems to be going right…

I have never been a heavy sleeper, and never really one for dreams. The few dreams I can remember really clearly from more than a year or so ago are mostly recurring nightmares, and they’re full of dream logic and are quite frightening and make absolutely no sense at all.

There are of course a few exceptions to the trend. There always are. But mostly, nightmares or stress-dreams involving having to go onstage to perform without any hairpins. Or costumes – so, naked. And with choreography changed last minute.

But lately, something interesting has been happening. I’ve been dreaming stories. Some make more sense than others, and even have a bit of plot. Some are just sort of vague ideas or impressions of a story, and are more traditionally dream-like. Some are like watching a scene – or several- play out in front of me, complete with actual dialogue.

All of them have odd dream-elements. The one that was most developed and straightforward included aliens from Mars, just because. Obviously those were replaced with something more genre-appropriate when I wrote the dream down. That’s not to say that you couldn’t make aliens work in a fantasy novel; just that I wasn’t interested in doing so, and the aliens in my dream were clearly and obviously out of place and mostly there because I’d just seen War of the Worlds.

In any case, the reason I mention it is because just last night I had another story-dream. It’s been happening a lot lately. I can now bring the total up to – including one from a few years ago that I still remember bits of, clear as day – 5.

I’ll probably spend the next couple of posts talking about them in a little more detail – just the basic idea and in what direction I see them going.

In any event, it’s an interesting new fount of ideas. I wonder if I’ve been dreaming stories more because, while on break, I’ve been reading more? Providing my brain with new material? And sleeping more. I’m sure that helps. It seems I have my deepest, most detailed dreams somewhere between 8 and 10 in the morning – funny because I never used to sleep that late.

Anyone else dream stories?