This is the first post in a new series, where I highlight some of the indie books I’ve read and liked lately. Finding those hidden gems is hard, and it’s tempting to just not bother, but as an aspiring author myself I’d like to support the people who are writing great stuff, even if it’s not repped by a big publishing house. Hopefully this will make it a little easier.

Feel free to share your own recommendations in the comments! 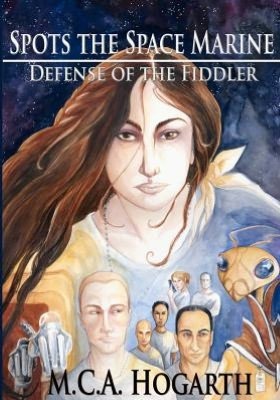 Pollyanna meets Starship Troopers in this fast, screenplay-like novel about a 30-something Marine private called out of retirement to join the war against the crabs. But shattered morale is the least of her company’s problems, and their survival may hinge on an unlikely friendship forged between an alien weapons designer and a mother-turned-warrior….

This one is a bit odd. It’s written and formatted more like a screenplay – almost exclusively dialogue, with only a little bit of description. And yet I found myself totally immersed in the world and the story. There’s a lot going on — unit morale, alien-fighting, working with the fiddlers — and the pace is fast, particularly because of the pared-down style. I read the book in one sitting. Highly recommended.

Aleta’s father wants her to be a mercenary (it’s the family business, after all); she just wants to cook. Then she gets stranded in a dangerous mining community, and has to work with the man sent to take her back if she wants to survive. I’ve reviewed this one on the blog already, so I won’t repeat myself; I’ll just say that this is a fun read.

Pay Me, Bug!, Christopher B. Wright 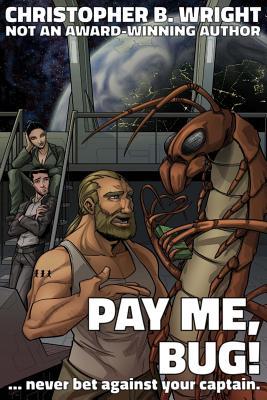 Grif Vindh, Captain of the Fool’s Errand, just pulled off the job of a lifetime: against all odds, he and his crew smuggled a rare anti-aging drug out of Ur Voys, one of the most secretive and secure facilities in the Empire of the Radiant Throne. But their good fortune attracts exactly the wrong kind of attention, and soon Grif and his crew must perform the impossible a second time: break into Ur Voys, steal something so secretive their employers don’t really know what it is, and get away clean. Along the way they’ll have to deal with deadly spies, psychotic telepaths, vicious cyborgs, inconvenient family ties… and a hyperintelligent bug who always bets against its captain.

Maybe my best Bookbub find ever. A heist tale — Ocean’s 11 meets Firefly — with well-drawn characters, a fast paced plot, exciting twists, snappy dialogue, and great writing. If you only try one of these three books, make it this one.